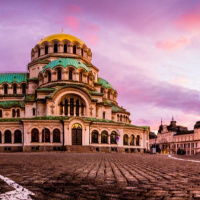 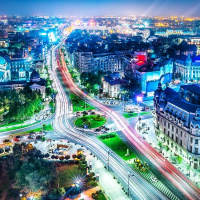 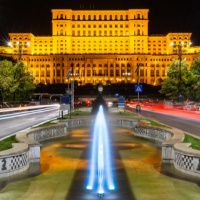 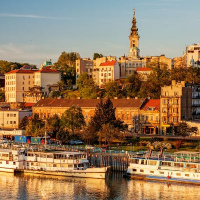 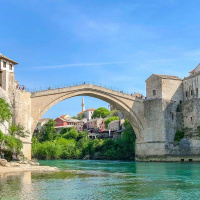 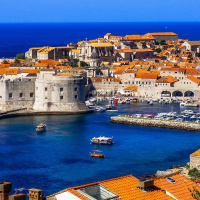 Check in dinner and overnight.

Bucharest
After breakfast at the hotel, we will depart to Peles, Bran and Brasov. Stop at Peles Castle, which is now a museum that contains ornamental objects, carpets, sculptures, paintings, and weapons collections.

Continue to Bran for visiting the Bran Castle and learn about the history of the place nicknamed “Dracula’s Castle.” We will take a short tour of Brasov City. Admire the remains of the city’s medieval fortress and visit Weaver’s Bastion.

At the end of the day, travel back to the hotel in Bucharest.

Bucharest-Sofia
After breakfast check out from hotel and depart to Sofia. Upon arrival in Sofia, we will proceed with city tour in Sofia. Sofia city tour includes sightseeing the following sights Alexander Nevski Catedral, Holy Synod, National Theatre Boyana Church. Lunch at a local restaurant and free time.

Lunch in a local restaurant and free time for leisure and shopping.

Belgrade-Sarajevo B/L/D
Today we will drive to Sarajevo. Next visits are Vrelo Bosne (the source of the Bosna River, with lovely lakes full of fish and swans and small green islands) and the Museum Tunnel of Hope. After lunch in a local restaurant, start with Sarajevo city Tour. Sarajevo city tour includes sightseeing of the following sights: Bashcarsija, Oriental shops, Latin Bridge, Vjecnica, Town Hall.

Free time for leisure and shopping. Check-in, dinner and overnight.

Sarajevo-Mostar-Medjugorje B/L/D
After breakfast at the hotel, we will depart to Mostar and start with city tour. Mostar city tour   includes sightseeing of the following sights: Old Bridge (UNESCO World Heritage), Oriental Bazar and Turkish House.
Lunch in a local restaurant and free time. Depart to Medjugorje and explore the place.

Since 1981, when six local children claimed they had seen visions of the Blessed Virgin Mary, Medjugorje has become an unapproved destination of Catholic pilgrimage. The messages attributed to Our Lady of Medjugorje have a strong following among Catholics worldwide. Medjugorje has become one of the most popular pilgrimage sites for Catholics in the world and has turned into Europe's third most important apparition site, where each year more than 1 million people visit. Whether you’re making a pilgrimage or you’re just curious, a visit to Medjugorje is a memorable one.

Accommodation in Medjugorje: 4* or similar class

Lunch in a local restaurant and free time.

Our next stop is the gorgeous little city Kotor. Enjoy walking city which includes sightseeing of the following sights: Square of Arms, Besckuca Palace, Byzanti Palace, Pima Palace, St. Tryphon Palace, Martime Museum and North Gate. As a biggest attraction are the city walls thanks to which Kotor became a part of UNESCO World Heritage. After finishing we will proceed towards Budva.

Budva-Tirana Departure B
We came to the end of this amazing adventure.
After breakfast at the hotel transfer to Tirana Airport for your flight back home, bringing back wonderful memories and souvenirs from the Balkans.
It is time to count days until your next adventure with DMC BALKANS Travel & Events.