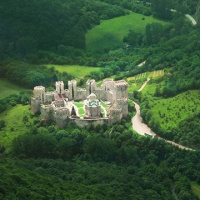 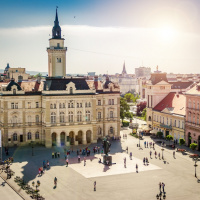 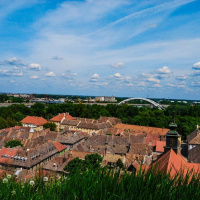 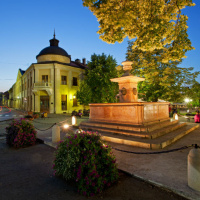 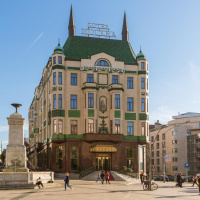 We will pass by Terazije square, National Parliament, Old Palace, New Palace, Kneza Milosa street - embassy district where you will also be able to see Nato bombing ruins, President Tito Mausoleum, St Sava Temple - the biggest Orthodox temple on Balkans, Slavija square, King Alexander boulevard. We will visit Kalemegdan fortress - the place where once was the city of Belgrade, now huge park with stunning views over confluence of Sava and Danube, as well as rich archaeological site with fascinating remains of Belgrade’s history.

Than we continue the tour to Zemun. The formerly separate town of Zemun, which is today a municipality of the city of Belgrade, was settled in the 3rd century BC by a Celtic tribe known as the Scordisi who called it Taurunum. The highest point in Zemun is a hill known as Gardoš, from which a view extends over the whole of Zemun, the Danube and the centre of Belgrade. There is also the 36 m high Millennium Tower, otherwise known as the Tower of Sibinjanin Janko (Kula Sibinjanina Janka), built by the Hungarians in 1896. The area around Gardoš is distinctive, with its narrow cobbled streets and unusual architecture. At the foot of the hill, on the Zemun Quay, on the banks of the Danube, there are numerous restaurants offering live music, as well as cafés and clubs. Accommodation and dinner at hotel.

Breakfast at hotel. Than we start tour to Novi Sad. Upon arrival to Novi Sad we’ll have sightseeing tour. Tour will include visiting the Danube park, the Danube street (the oldest street of the city), building of the Patriarchate, one of the oldest cultural institutions, Matica srpska, Zmaj Jova street, the Freedom square.

After the sightseeing of Novi Sad, the road takes us to Sremski Karlovci, one of the places that are considered to be historically important for the development of the modern Serbia state. The visit to this picturesque town will include seeing the first Gymnasium in Serbia, Patriarchate building, as well as the ,,Chapel of peace’’(a place where the round table was used for the first time in the history of world diplomacy). Free time. Drive back to Belgrade. Dinner and overnight at hotel.

After breakfast we depart to Manasija monastery from 15th century which is endowment of great despot Stefan. It is one of the most beautiful and important Serbian monasteries. It is fortified with 11 towers with walls between. Inside of monastery are valuable frescoes and icons from famous European artists of 15th century.

Follows visit to Resava cave, 80 million years old which makes it one of the oldest in this region, with cave jewelry that dates 45 million years ago. It is also considered to be one of the most beautiful caves in Serbia.

After the breakfast check out from the hotel. Transfer to the airport for your flight back to home, bringing back wonderful memories from trip in Serbia.